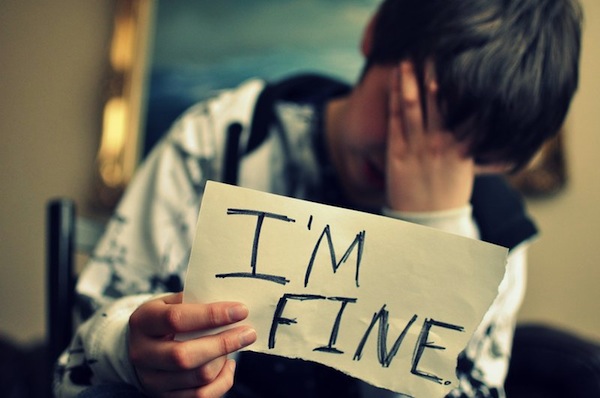 We’ve been working our way through the book of Philippians in our church.  If you’re not bible-literate, the book of Philippians is actually a letter from the Apostle Paul to a little church in the city of Philippi – a Roman colony in the 1st century. It’s a very popular book among Christians because it speaks about how to experience joy in the midst of suffering (find yourself a bible and have a read yourself – it will take you less than 5 minutes).

Anyway, this past Sunday we came to an interesting part  in the letter in chapter 4 where Paul calls out two prominent women in the church who are at odds with each other (see verses 2-3).  He even names them.  They’d obviously had some kind of fall-out.  What it was about we don’t know, but it was likely over something small and incidental.  The whole thing had got blown out of proportion and it had become a real mess.

So what does Paul do? He goes public with it, and he urges them to “agree in the Lord.” The phrase literally reads in the Greek, “to think the same thing as the Lord” or “to have the same mind as the Lord.” He’s talking about Jesus. So what kind of mind does Jesus have?  Paul tells us back in chapter 2.  It’s a humble mind.  It’s a self-sacrificing mind.  Its the kind of mind that considers the interests of others as being more important than your own.  Paul’s point is obvious: if Euodia and Synteche both had the mind of Christ, they wouldn’t be having this contention.  They would be at peace.

This raises a very real and practical issue: do any of us have unresolved conflicts in our own relationships? Are we actively putting on the mind of Christ and working to reconcile those conflicts? Or are we simply putting our heads in the sand and ignoring them?  Are we peacemakers or peace-fakers?

I’ll be honest with you: I hate conflict.  I avoid it like the plaque. But I live in a household with 4 adult teenagers who live in close-proximity to each other.  So needless to say, my wife and I get plenty of practice in conflict resolution!

“What’s happening tonight dear?”
“We’re sorting out another conflict in the family.”
“Wonderful, glad to hear that.  Am I involved in it?”
“Ah actually you caused this one.”
“O good – more practice for me…”

I wish I responded that way. Resolving conflict is costly, it is painful – but not nearly as costly and painful as ignoring it and doing nothing about it.  Last week we had an incident that got so bad two of our kids had to leave the house. They came back later that night and a third sibling joined them out on the street.  We all decided, because it had got so late, to make a plan to reconcile the next day.  And we did.  I led out, by confessing my sinful speech and attitudes and asked forgiveness. Each followed, in turn.  And then we got down to business. It was a good outcome; there was true peace. But it was still hard work.

I’m thankful we were able to reconcile that night.  But I’m even more thankful to Jesus, because I know without Him our family wouldn’t be like this. It would be a real mess. It’s one thing to know the gospel in your head; it’s another to see it actually at work in your personal life. It’s a powerful thing – the power of the cross. It really can achieve great things in people’s lives.

Perhaps this has given you some things to think about. If you’re a Christian, a couple of great books on this is Instruments in the Redeemer’s Hands by Paul Tripp, or How People Change by Timothy Lane & Paul Tripp. If you’re not a Christian, pick up a bible and start reading the gospel of John.  Ask God to help you understand what it’s saying.  If you’d like to hear the message I preached on this (it has some helpful pointers on conflict resolution), you can download it from our church’s website here.

Lead Pastor of Grace Church in Richmond, New Zealand. Husband of a lovely woman of God and father of four. Keen runner, writer, reader and teacher.

View all posts by Peter Somervell →

“In your presence there is abundant joy; in Your right hand are eternal pleasures” (Psalm 16:11)

Pastor, husband, father of four. Saved by grace. Following Jesus and others who are a lot like Him.